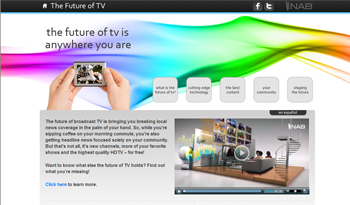 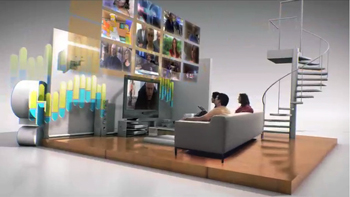 The interactive website highlights advancements in broadcast TV technology, local TV stations' important role in serving communities, the policies that will shape the future of TV and the many choices and content options available to viewers through digital multicasting.

Consumers visiting the website will be able to share their thoughts on the enduring value of free and local broadcast TV. Additionally, visitors can sign up for updates on the legislative and regulatory issues that impact broadcast TV's future.

Last month, NAB unveiled a new on-air campaign promoting the future of broadcast TV. The campaign, which is composed of a 30-second television and radio ad, was distributed via satellite to local stations across the country and will begin airing in markets today through January 24. Radio spots are also available for download on the NAB.org website. The 30-second ads were produced in both English and Spanish.

"What's the future of broadcast TV?" the ad reads. "It's HD, 3D, mobile TV -- technology, not regulation from Washington, D.C." The ads direct viewers and listeners to TheFutureOfTV.org, which will launch on January 4.