A veteran of Washington, Commissioner Adelstein is expected to address a number of regulatory issues facing radio broadcasters, including the FCC's localism proceeding, HD Radio and low-power FM. 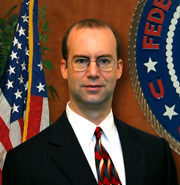 Adelstein worked for fifteen years as a staff member in the United States Senate before joining the Commission in 2002. Prior to his service in the FCC, Adelstein spent seven years as a senior legislative aide, advising then United States Senate Majority Leader Tom Daschle on telecommunications, financial services and other key issues. He also served as professional staff member to Senate Special Committee on Aging Chairman David Pryor.

Adelstein received an M.A. in History and a B.A. with Distinction in Political Science from Stanford, where he was as a teaching assistant in the Department of History and a communications consultant to the Stanford Graduate School of Business. Before joining the Senate, Adelstein studied at Harvard's Kennedy School of Government and was a teaching fellow in the Harvard Department of History.

About the NAB Radio Show
The NAB Radio Show is the largest annual convention for radio. This year's show, Sep. 17- 19 in Austin, delivers a one-of-a-kind networking opportunity for station professionals representing all format and market sizes and is co-located with the R&R Convention. More information about The NAB Radio Show is available at www.nabradioshow.com.