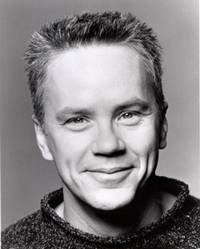 WASHINGTON, D.C. - Academy Award-winning actor and critically acclaimed screenwriter, director and producer Tim Robbins will deliver the opening keynote speech on Monday, April 14 at the NAB Show in Las Vegas. During his keynote, Robbins will look at the changing face of entertainment and how new distribution and content creation opportunities will impact Hollywood and other industries.

In addition to discussing his personal and professional experiences as it relates to content, Robbins will also participate in a moderated Q&A. Robbins' keynote will follow NAB President and CEO David K. Rehr's third annual State of the Industry Address.

As a director, Robbins distinguished himself with Cradle Will Rock,which he also wrote and produced. Dead Man Walking, was also written and produced by Robbins, won multiple awards including the Humanitas Award and four awards at the Berlin Film Festival, as well as an Oscar nomination for Best Director and a Golden Globe nomination for Best Screenplay.