--"Jumper," "The Bourne Identity" and "Swingers" Director to Discuss the Transformation of "Must See TV"-- 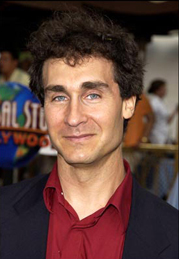 WASHINGTON, D.C. - Director and producer Doug Liman, one of the most vibrant and original voices in American film, will present a keynote address at the 2008 NAB Show on Monday, April 14, in Las Vegas. The keynote, titled "Redefining Must See TV," will address the reality of network programming and what it will take to create the first hit for the Web.

An inventive filmmaker, Liman directed box-office hits such as Swingers, Mr. & Mrs. Smith, Go, and, most recently, Jumper. Through his company Hypnotic, he produced the Jason Bourne series, and helmed its launch film, The Bourne Identity. Liman also heads up Jackson Bites, a company dedicated to creating TV-style programming for alternative distribution.

Liman produces, markets and distributes film and television content under the Dutch Oven label, and the projects he has shepherded include this year's hit Knight Rider, as well as Heist and The O.C. Liman served as the executive producer for the first season of The O.C. and also directed the hit series' pilot and first episodes.

Liman also produced the extremely successful series of on-line digital shorts Terry Tate Office Linebacker, and has supported the next generation of filmmakers through his involvement with the Chrysler Million Dollar Film Festival and as a producer of Mail Order Wife and Kissing Jessica Stein.