Larry Lujack to be Inducted into NAB Broadcasting Hall of Fame 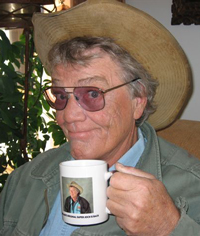 WASHINGTON, DC - Radio disc jockey Larry Lujack, "Lawrence of Chicago," will be inducted into the NAB Broadcasting Hall of Fame during the NAB Show Radio Luncheon sponsored by ASCAP. The luncheon will be held on Tuesday, April 15, in Las Vegas.

"For decades, Larry Lujack entertained audiences with his sardonic wit, quirky characters and deadpan humor," said NAB President and CEO David K. Rehr. "NAB is proud to recognize him for his significant contributions to radio."

Known for his popular "Animal Stories" and "Klunk Letter of the Day" segments, Lujack began his Chicago radio career in 1967 at WCFL-AM. Four months later he went to WCFL's Top 40 competitor, WLS-AM. It was here where Lujack honed his understated sarcasm and launched his well-known feature, "Animal Stories." Lujack returned to WCFL in 1972, and was there for four years before moving back to WLS, where Lujack teamed up with Tommy Edwards for their widely popular segment, "Uncle Lar and Li'l Tommy." Lujack remained at WLS for 11 years before retiring from radio in 1987. In 2000, Lujack came out of retirement and spent six more years on the Chicago airwaves.

Born in Quasqueton, Iowa as Larry Blankenburg, Lujack later changed his last name in honor of his football idol, Johnny Lujack. His career in radio began when he joined KCID-AM in Caldwell, Idaho at the age of 18. For 10 years he worked at various radio stations in Idaho and Washington, including KJR-AM in Seattle, before moving to Chicago. Hailed as one of Chicago's most renowned radio personalities, Lujack has been inducted into both the Illinois Broadcasters Association's Hall of Fame (2002) and the Radio Hall of Fame (2004).

The Radio Luncheon will also feature a keynote address and the annual presentation of the prestigious NAB Crystal Radio Awards.