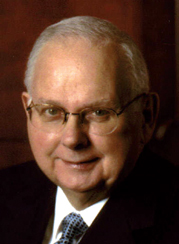 WASHINGTON, DC â Jerry Lee, the legendary independent owner of WBEB-FM (B101) Philadelphia, will receive the NAB National Radio Award on Friday, September 28, during the Radio Luncheon at The NAB Radio Show in Charlotte.

"As a tireless advocate for Radio during his 40-plus-year career, Jerry Lee is a most-deserving recipient of the National Radio Award," said NAB President and CEO David K. Rehr. " Jerry is proof-positive that stand-alone operators can still succeed in Radio, even in the largest markets. NAB is honored to recognize his innovation, passion and commitment, and we are proud to include him in this esteemed group of Radio icons."

Lee has served several stints on the NAB Radio Board during his four decades in radio broadcasting. Following his tenure as president of Broadcast Pioneers, Lee became an active member of several organizations, including the Pennsylvania Association of Broadcasters (PAB) and Radio Advertising Bureau (RAB), and was head of the Research Committee for the Radio Advertising Effectiveness Lab (RAEL). Lee is also the founder of the Broadcast Industry Council to Improve American Productivity and received two Private Sector Initiative Awards from former Presidents Ronald Reagan and George H.W. Bush. In 2004, Lee was inducted into the Broadcasting & Cable Hall of Fame.

Lee has also demonstrated a commitment to education and community service. He founded the Jerry Lee Center of Criminology at the University of Pennsylvania in 2000 and was appointed by President George W. Bush to the 15-member national board for Education Sciences in 2004. His philanthropic efforts include the establishment of the Jerry Lee Foundation, dedicated to solving problems in the inner city, and his service as a member of the advisory board of the Greater Philadelphia Salvation Army. In 2003, Lee's efforts were recognized by the Caring Institute of Washington, DC, where Lee was named one of the 10 most caring people in America.