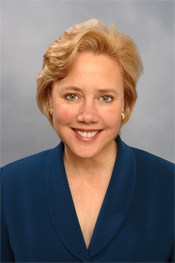 WASHINGTON, DC â U.S. Senator Mary L. Landrieu (D-LA) will be a featured speaker during both the Washington Policy & Politics Breakfast and the All-Industry Opening Keynote Event at NAB2007. Both events will take place on Monday, April 16 in Las Vegas.

The Washington Policy & Politics Breakfast, sponsored by Online Video Service, will feature an in-depth discussion with Sen. Landrieu. The Breakfast, which begins at 7:30 am, will examine current political trends and how decisions made in Washington can impact broadcasters nationwide.

During The All-Industry Opening Keynote, sponsored by Accenture and beginning at 9:00 am, the senior senator from Louisiana will discuss the unique lifeline service provided by local broadcasters before, during and after Hurricanes Katrina and Rita ravaged her home state.

"Senator Landrieu has been a tireless advocate for her home state and for Gulf Coast broadcasters in the wake of Hurricanes Katrina and Rita," said NAB President and CEO David K. Rehr. "We are honored to welcome her to our annual convention and look forward to hearing her thoughts on how broadcasters can better serve our viewers and listeners."

Senator Landrieu is currently the Chairman of the Disaster Recovery Subcommittee of the Senate Homeland Security and Governmental Affairs Committee and serves on the Senate Appropriations, Energy and Natural Resources, and Small Business Committees. She began her public service career in 1979 when she became the youngest woman ever elected to the Louisiana state legislature. Eight years later, she was elected Louisiana State Treasurer. In 1996, Landrieu became the first woman from Louisiana elected to the Senate. She was re-elected in 2002.