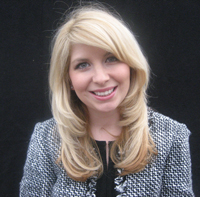 WASHINGTON, DC â Anne W. Brady, who most recently served as the deputy western finance director for the Democratic Congressional Campaign Committee, will join the National Association of Broadcasters as vice president of the association's political action committee. Brady will start on April 9 and report to NAB Executive Vice President of Government Relations Doug Wiley.

In addition to her role in the western region, Brady previously served as the deputy finance director for the DCCC's midwestern region, where she coordinated and staffed then-House Minority Leader Pelosi and Rep. Rahm Emanuel's travel schedules to midwestern states.

Prior to her work for the DCCC, Brady served as director for the Capitol Hill Heart Health Campaign for the Sister to Sister: Everyone Has a Heart Foundation. Additionally, Brady held positions as a legal assistant at Los Angeles-based McBreen and Senior and as an intern for the Fulbright Commission in Buenos Aires, Argentina.

She earned a bachelor's degree in political science from Pepperdine University.