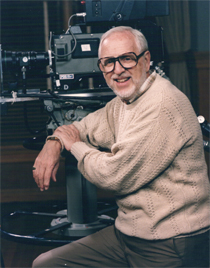 WASHINGTON, DC - David L. Wolper, the acclaimed executive producer of Roots, the 12-hour mini-series that followed several generations in the lives of a slave family, will receive the NAB Distinguished Service Award during NAB2007 in Las Vegas in April.

During Wolper's 50 years in show business, he has made over 700 films that have won more than 150 awards, including two Oscars, 50 Emmys, 7 Golden Globes and five Peabodys. In addition to Roots, Wolper's collection of work includes The Thorn Birds, North & South, L.A. Confidential, and the 1971 version of Willy Wonka & the Chocolate Factory.

"David Wolper is one of America's most successful and influential television producers." said NAB President and CEO David K. Rehr. "His masterpiece mini-series, Roots, is 30 years old this year and is recognized as a seminal event in the history of mass media. We are honored to recognize him for his contributions to broadcasting."

In April 1998, TV Guide chose Wolper as one of the 45 People Who Made A Difference in television history, "...a true original whose vision and innovation shaped the medium." As one of television's top creative forces, TV Guide said of Wolper, "His many contributions to broadcast history have embedded themselves in the American psyche."

Wolper's career includes production of the critically acclaimed opening and closing ceremonies for the 1984 Olympic Games in Los Angeles; his work as chairman and executive producer of the celebration of the 100th Anniversary of the Statue of Liberty; and acclaimed documentaries on Jacques Cousteau and for National Geographic.

Among his many films are famous books brought to television and motion pictures, including three Pulitzer Prize winning books: Theodore H. White's The Making of the President, 1960; Carl Sandburg's Lincoln; and Alex Haley's Roots. Others include John F. Kennedy's book A Nation of Immigrants, John Jakes' North and South, Colleen McCullough's The Thorn Birds and Garson Kanin's Moviola.

His theatrical features include The Devils Brigade; The Bridge at Remagen; If It's Tuesday, This Must Be Belgium; This is Elvis; Imagine: John Lennon; Surviving Picasso; the 1971 cult classic Willy Wonka and the Chocolate Factory; L.A. Confidential and the Academy Award winning documentary film, The Hellstrom Chronicle.

Born in New York City, Mr. Wolper attended Drake University in Des Moines, Iowa and the University of Southern California. Although he did not graduate -- he left school early in 1949, to enter the television business -- both universities have awarded him honorary doctorate degrees.