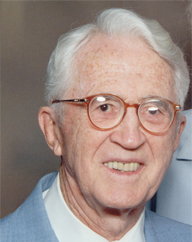 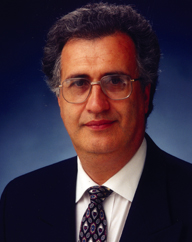 WASHINGTON, DC -- Association for Maximum Service Television (MSTV) Senior Vice President Victor Tawil and Kintronic Laboratories Chairman of the Board Louis A. King will be presented with the 2007 NAB Engineering Achievement Award during the NAB Technology Luncheon sponsored by Samsung on Wednesday, April 18 at NAB2007 in Las Vegas. The awards recognize their outstanding achievements and contributions in the broadcast engineering profession.

As senior vice president of MSTV, Victor Tawil provides technology and telecommunication policy guidance to MSTV's 400 plus member television stations. Prior to joining MSTV, Tawil worked at the FCC , where he held positions in the Office of Science and Technology specializing in the field of spectrum management, tropospheric propagation and system engineering. During his 14-year tenure at the FCC, Tawil worked extensively in the areas of broadcasting, satellite, wireless communications and new communication technologies, and served as a U.S. delegate on International and ITU Plenipotentiary Conferences and bilateral negotiations.

Louis A. King has made contributions to the radio broadcast industry as an inventor, educator, consulting engineer and manufacturer. After receiving his first patent for a pulse transformer design, King served as an educator at Clemson College. He spent four years at the Radio Corporation of America, (RCA) where he was instrumental in the design of the first air-cooled 50kW AM transmitter at RCA and received the patent for the bistable multi-vibrator, which was better known as the flip-flop circuit commonly used as the basic switching device in early computers. King later began a consulting business that eventually led to the development of Kintronic Laboratories Incorporated, an RF equipment manufacturer with customers in all 50 states and over 100 countries.

Since 1959, the Engineering Achievement Awards have recognized individuals for contributions that have significantly advanced the state of the art of broadcasting engineering. The awards will be presented during the Technology Luncheon at the Las Vegas Hilton on Wednesday, April 18. As previously announced, TiVo President and CEO Tom Rogers will be the featured keynote speaker.