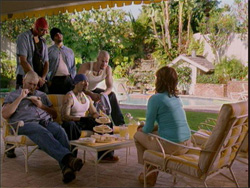 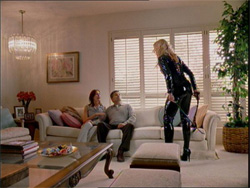 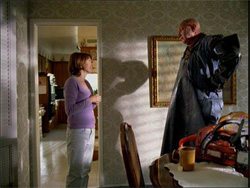 WASHINGTON, DC - A broad cross-section of media-related industries today unveiled a new series of television and radio public service announcements (PSAs) to educate and inform American families about how they can monitor and supervise their children's television consumption.

The new TV PSAs, one of which premiered last week during the Super Bowl pre-game show on CBS, are the Ad Council's first to be distributed nationally in high definition. Also included in the educational effort are PSAs produced exclusively for broadcast radio. The PSAs, airing through donated airtime, include spots in both English and Spanish. The PSAs direct parents to the Web site, TheTVBoss.org, where they can learn more about TV program blocking technology that can be used to screen out programming that may be inappropriate for younger audiences.

The new wave of PSAs is part of an unprecedented $300 million campaign launched in 2006. The effort is led by former Motion Picture of Association of America President and CEO Jack Valenti and supported by the National Association of Broadcasters (NAB); the Motion Picture Association of America (MPAA); the Consumer Electronics Association (CEA); Viacom; Time Warner; the National Cable & Telecommunications Association (NCTA) on behalf of cable programmers and operators; along with television broadcast networks ABC, CBS, Fox, NBC Universal; direct-to-home satellite providers DirecTV and EchoStar's Dish Network; and the Ad Council. The campaign was produced pro bono by McCann Erickson.

The new television spots, can be viewed and downloaded (using Windows Media Player) by clicking the corresponding screengrab to the right.

The four radio spots, available in MP3 format, can be listened to and downloaded by clicking the corresponding link below:

About the Ad Council
The Ad Council (www.adcouncil.org) is a private, non-profit organization with a rich history of marshalling volunteer talent from the advertising and media industries to deliver critical messages to the American public. Having produced literally thousands of PSA campaigns addressing the most pressing social issues of the day, the Ad Council has effected, and continues to affect, tremendous positive change by raising awareness, inspiring action and saving lives.