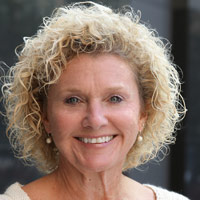 Michelle Kelly rejoined the National Association of Broadcasters in August 2007. In her current capacity, she is responsible for the strategic oversight of marketing programs and audience development for NAB’s annual expositions – the NAB Show and NAB Radio Show. She oversees all convention marketing communications, including branding, public relations, advertising, direct mail, interactive and social media, Web marketing, international promotions and customer research. She is also responsible for guiding the marketing support of the exhibit sales effort for both expositions.

Michelle first joined NAB in August 1999 as director of marketing and left in January 2004 to accompany her husband who was reassigned to Hickam Air Force Base. While in Hawaii, she served as a consultant for NAB and various associations supporting their convention marketing strategy and programs, including the Hawaii Dental Association; Telexpo, a Brazilian-based telecom event; a security industry tradeshow sponsored by ASIS International and the Joint Spouses’ Conference, an annual event for active duty and retired military spouses.

She and her husband Rick reside in Leesburg, Va., with their two children Ryan and Connor.