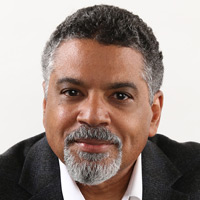 Kelly Williams is the Senior Director of Engineering and Technology Policy in NAB’s Technology Department. Kelly joined NAB in 1989. During his tenure he has worked on new technology development and has managed a diverse portfolio of technical, regulatory and legislative issues. Most recently he’s focused on matters such as Video Description, IP Captioning and Accessible Emergency Crawls as well as EAS and public alerting.

Kelly has a B.S. in Electrical Engineering from Howard University. He has three grown daughters and resides in Washington, D.C.