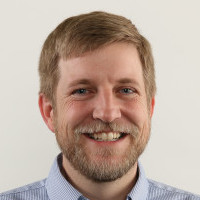 John Clark is the executive director of PILOT at the National Association of Broadcasters and leads the initiative to bring together leading edge companies, organizations and educators to advance broadcast technology and innovation.

Previously, he was executive director of the Reese News Lab in the School of Media and Journalism at the University of North Carolina, where he taught media entrepreneurship and worked with graduate and undergraduate students to develop and test new, sustainable products for the media industry.

Prior to UNC, Clark was the general manager of WRAL.com, one of the nation’s most successful local news websites. Under his leadership, WRAL.com received the Edward R. Murrow Award for best broadcast-affiliated website, the Editor & Publisher award for best local TV-affiliated website and a regional Emmy for continuing coverage, among other awards while diversifying and growing digital revenue. He led the technical development of the nation’s first local television news application on mobile phones and helped create News Over Wireless. Clark managed content and development for an experimental service to deliver news and information through digital television sub-channels.

He earned patents for delivering geographically restricted content over the internet and was a winner of the 2015 Knight News Challenge, UNC’s Harvey Award for commitment to innovation and a Knight Prototype Grant. He serves on the board of the N.C. Open Government Coalition and is a member of the Online News Association.