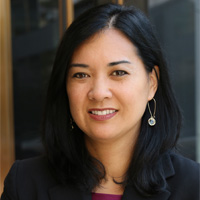 As senior vice president of Messaging and Digital Marketing, Jennifer Jose is responsible for providing strategic guidance to the National Association of Broadcasters' in the areas of messaging and branding and directs NAB's online marketing activities.

Jennifer develops messaging for marketing and advocacy collateral, speeches for the president and CEO and scripts of NAB events, as well as oversees the development of NAB’s Web properties, online advertising and the production of NAB’s electronic member newsletters and online communications.

Prior to NAB, Jennifer worked at Discovery Communications as the speechwriter for the president and CEO and founder and chairman. In addition, she managed media relations for the nonprofit Discovery Channel Global Education Partnership and press outreach for Discovery’s education division.

Jennifer began her career in Washington, D.C., as the deputy press secretary for then-Sen. Ben Nighthorse Campbell (CO). She then served as director of correspondence in the Scheduling and Advance Office of the White House. She later worked at ABC News where she produced for “This Week with Sam Donaldson and Cokie Roberts” and “Good Morning America” and served as an off-air reporter during the 2000 presidential elections. She later worked at Fox News Channel as an assignment editor and producer.

Jennifer earned a bachelor’s degree in Political Science from Colorado College and a master’s degree in Journalism and Public Affairs from American University.