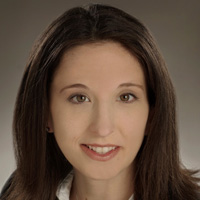 April Carty-Sipp is senior vice president, Television. She oversees the Television department’s day-to-day operations, where she works to increase membership growth and retention and supports member services, key industry initiatives and events. April has over 20 years of experience in the television industry leading programming, creative, branding, production and community affairs teams for corporations such as Disney ABC Television Group and Comcast/NBCUniversal.

From October 2012 – August 2017, April was the vice president/director of Programming for WPVI-TV in Philadelphia. She led the programming, production and public affairs departments for Philadelphia’s #1 television station. In this role, she supervised original programming and syndicated shows for the Disney-owned television station. April was the executive in charge of several programs including the 6abc Dunkin’ Donuts Thanksgiving Day Parade, the longest running holiday parade in the country.

Previously, she served as the senior vice president of Creative Services and Brand Integration for NBC Regional Sports Networks, which consisted of 15 sports and entertainment networks available in over 50 million U.S. cable and satellite homes. April was responsible for overseeing the branding and creative departments for the networks and their digital companions. April worked for Comcast/NBCUniversal in the creative and marketing departments for over 12 years.

Early in her career, April served as the senior programming/promotions producer for WPSG-TV, part of Paramount Stations Group. She produced and edited priority projects and campaigns for sports, sitcoms, movies, public affairs and other station programming. Her first television-related job was working for the Philadelphia Phillies at Veterans Stadium for the in-arena game production team.

April has been honored with several awards throughout her career including six Mid-Atlantic Emmy Awards. She is a graduate of Rowan University, with a BA in Communications specializing in Radio/Television/Film and is currently an executive member of the Rowan University Foundation Board.