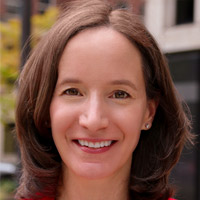 Ann Marie began her career at NAB in 1994 in Government Relations, following a two-year stint on Capitol Hill working for Sen. Patrick Leahy (VT). In 1996, she moved to the Communications department where she worked for five years and was promoted to director, Media Relations. She left NAB in 2001 to accompany her husband who received a four-year oversees assignment to Frankfurt, Germany. From 2007–2010, Ann Marie served as a consultant to NAB, handling media relations and managing the newsroom for NAB Show.

She and her husband, Sean, reside in Springfield, Va., with their two sons, Aidan and Asa.